Towards a universal, self-sovereign and privacy preserving digital identity for the public sector 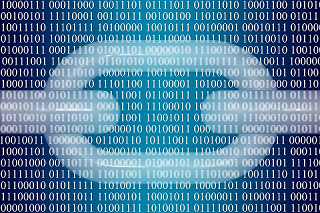 The EU-funded IMPULSE focuses on building a decentralised Self-Sovereign Identity (SSI) model by combining two of the most promising technologies available today, such as Artificial Intelligence and blockchain networks, with the aim of facing the limitation of the existing electronic identification systems in the public sector.

The digitalisation of public administration services is nowadays an essential part of the Digital Single Market strategy to improve the access to goods and services across Europe for both citizens and businesses. In many cases access to specific public services requires secure and trustful identification and management of the so called ‘digital identities’.

Traditionally, digital identity management systems have been based on centralised technologies and models that have become obsolete. On the one hand, username and password-based systems have led to usability issues and countless security and privacy incidents with some of the biggest data breaches in history. The application of this model over the decentralised services provided on the Internet means users must create separate, hard-to-remember identifiers for each online service they wish to consume. In addition, the digital identity is fragmented and stored across different service providers, and thus controlled by multiple third parties. This implies in most cases assuming levels of risk that should not be accepted either by users or even by the service providers themselves.

On the other hand, to alleviate some of the pain points of centralized identities, a federated identity-based model, where identity management is fully delegated to a third party, called Identity Provider (IdP), solves some of the problems addressed above. By using an identity provider in the middle it is possible to have one unique identity account with the IdP for signing in and sharing identity data with any site, service, or app that uses that IdP.  However, this approach presents serious privacy and security risks, such as that the Identity Provider will have the ability to survey the user’s login activity across multiple sites and then, and to learn about citizens’ habits, and customs.

Other mechanisms available for digital identity protection are those based on the use of digital certificates. Although they are a solution with a high level of security, they have two main limitations. Firstly, they have not been widely adopted by end users, mainly due to the difficulty of use. Secondly, it can be a privacy-invasive solution, as it is not possible to reveal only the attributes of the identity needed to use a certain service, but it is necessary to reveal the identity in its entirety.

Often, public administration services are based on above-mentioned identity models holding even different and overlapping versions of the same digital identity, facing difficulties to ensure a single consolidated and verifiable digital identity system. This results in inefficient processes and disturbance for both end users (citizens and also businesses) and public servants, who must verify the same information, and still may not get an accurate and trustful identity. For these reasons, having secure and privacy-preserving identity management technology is an essential enabler for trust and confidence in the DSM, assuring data protection and prevention of identity fraud. These aspects really matter to public services, since citizens and organisations need to trust that their data are treated in full respect of existing data protection legislation such as the EU General Data Protection Regulation (GDPR),  on the protection of natural persons with regard to the processing of personal data for or the eIDAS Regulation, on electronic identification and trust services on electronic transactions.

Therefore it is necessary to have a digital identity system, which at the same time as maximising citizens’ privacy, improves the usability and inclusiveness of the authentication process. To this end, it should have the following fundamental characteristics:

Self-Sovereign Identity (SSI) is a new decentralized model for the digital identity on the internet that is emerging as an alternative for the existing centralized models due to its capacity to support the whole fundamental features commented above. It refers to the idea that individuals and entities can retain full control over their personal identity, by providing the capability for the identity owners of controlling who has the right to access particular identity information about them.  In this regard, SSI implies a paradigm shift for the online identity management in the sense that individuals and organizations can manage their identity information (i.e., identifiers, attributes and credentials, or other personal data) by securely storing it in their personal devices and selectively grant access to third parties without needing to get involved with any central trusted authority.

The EU-funded IMPULSE focuses on building a decentralized SSI model by combining two of the most promising technologies available today, such as artificial intelligence and blockchain networks, with the aim of facing the limitation of the existing electronic identification systems in the public sector. But not only from a security and privacy point of view but also from a driven-user perspective, taking into account relevant criteria such as the acceptance, usability and inclusion of different groups of the citizens.

In this regard IMPULSE will incorporate advanced face biometrics and document validation techniques based on AI to facilitate identification processes and provide the user with a fully transparent digital onboarding experience. In addition, distributed ledger technologies and the use of smart contracts will allow adding trustworthiness in the process, providing mechanisms for users to demonstrate their identity without the need to disclose their personal data to third parties, a priori, not reliable. Finally, IMPULSE will be aligned with the EU initiatives, such as the  European Blockchain Services Infrastructure (EBSI) and the European Self Sovereign Identity Framework (ESSIF), largely because they are intended to be compliant with the EU regulations (GDPR and eIDAS), as well as to increase the outcomes impact among the Member States.